A Little Pre-History and a Bit of Charlemagne

After leaving the Sarlat area, we headed to Montignac, and the caves at Lascaux.  Although we'd been there twice, 8 to 10 years ago, this tour was so much better, with a guide who loved what he did, rather than a herd through to get to the end.  The reason was that they have built a new visitors center, which also has representations of the original caves, as well as a pre-history laboratory and movies to show how the caves were discovered.  The last time I was there the Lascaux caves tour was 15 minutes, and no photos were allowed.  This time, as you can see, I was allowed to take photos and videos and the tour was much more satisfying.  If you go, only do Lascaux II, Lascaux IV is a beautiful museum, but a repeat of the Lascaux II caves. 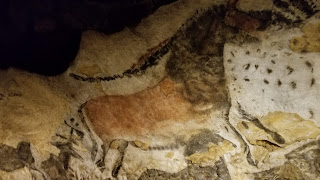 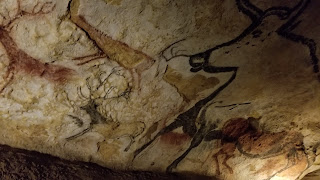 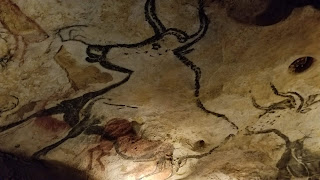 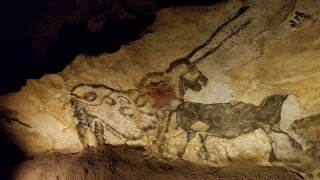 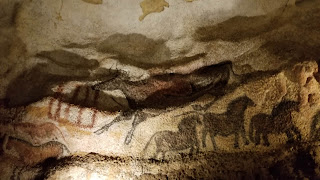 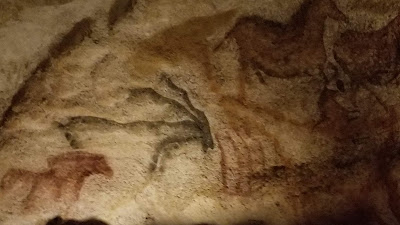 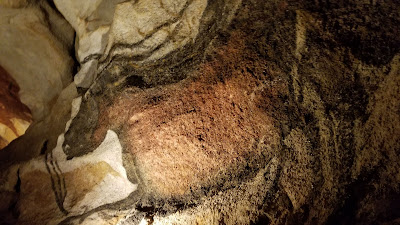 The drawings in the original caves are over 2000 years old.  This is astounding given that we were walking where these artists walked and spent their lives. 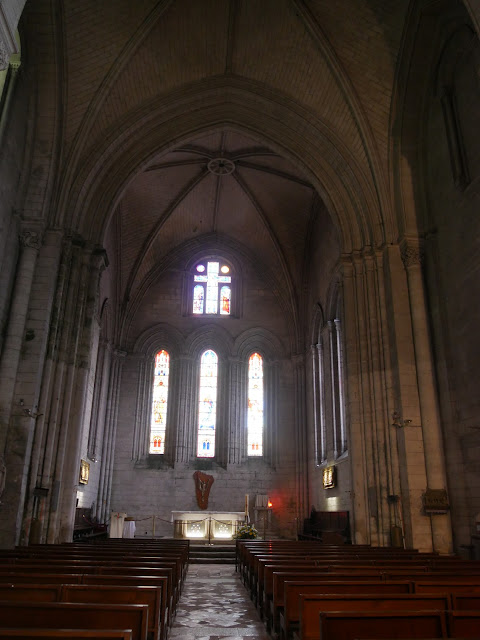 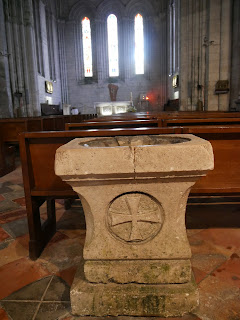 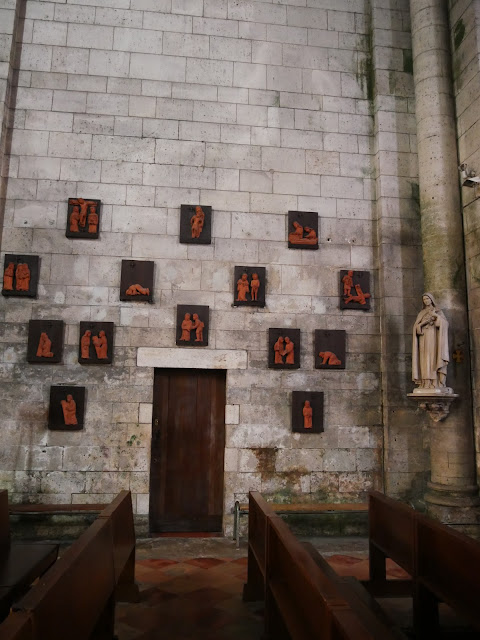 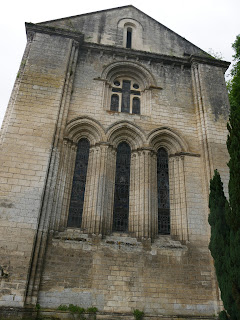 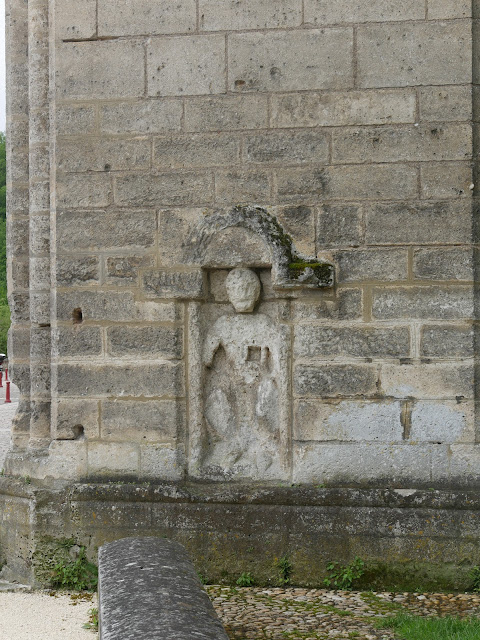 After checking out of our hotel, we headed to Brantome, where tradition has it that Charlemagne founded the Abbey di Brantome.  Brantome is one of those lovely villages that you want to revisit since it's so picturesque.  The Abbey itself is interesting, and the village is surrounded by water, and thus feels like a tiny island untouched by the outside world. 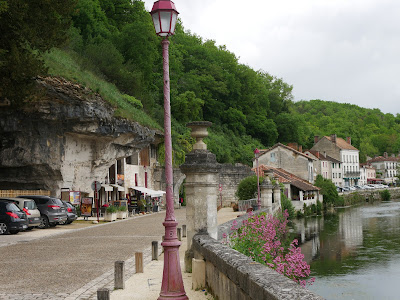 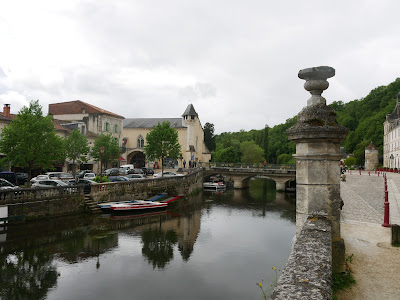 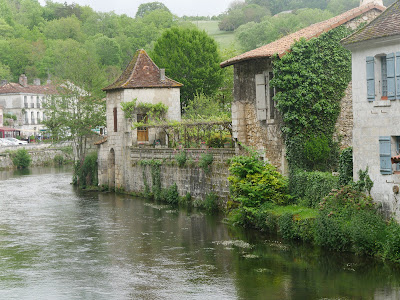 After our visit, we headed off to find our hotel for the next 2 nights, Le Moulin du Roc. 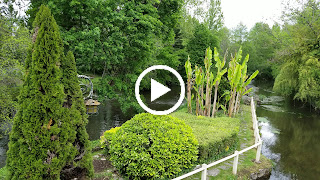 This was the view from our room.  Since we have been in Europe, the weather has been cold and rainy.  Bits of sunshine have been few and far between and the top down on the convertible has only happened once.  Ciao for now.

Posted by diane phillips at 6:24 AM