A Taste of Sicily, My Way 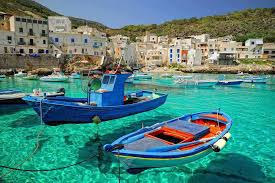 When the world as we know it, takes a turn, as it did yesterday in Nice, and last week here in the US, I head to the kitchen to put my head in another place.  I'm not ignoring what is going on in the world, but sometimes it's so horrific, I need to get away from the noise, and replace that with something that soothes my soul, and that is what cooking is for me: therapy. 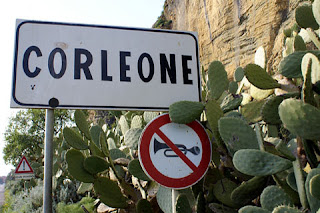 Next year I will be going to Sicily to curate a tour, to decide whether I think it's a good bet for my students, friends, and colleagues.  As I've been thinking about Sicily this week, I think of the typical Godfather references, the Mafia, the salt pans of Trapani, the wines from Mt. Etna and the bountiful seafood dishes. 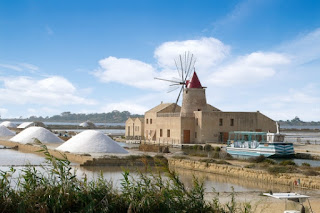 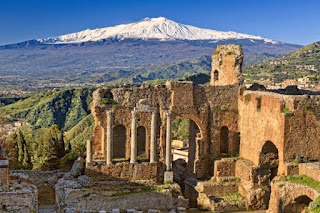 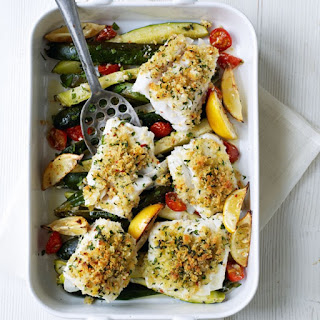 There is so much in Sicily, food-wise, it continues to be influenced by so many other cultures that the foods are hard to describe.  Today I made Caponata, a condimento, served either hot with a main course, or cold with wine and cheeses as an apperitivo.  I'm not exactly sure how I will serve it tomorrow night, but it's going to be delicious either with the swordfish from Catalina Offshore, or the cheeses from Venissimo.  Since the eggplant is coming in at Specialty Produce, it was time to take advantage of that, too.

In a large saute pan, heat the oil over medium high heat and saute the garlic, onion, and celery for 3 to 4 minutes, until the onion begins to soften. 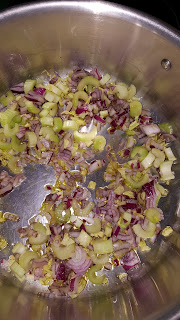 Add the eggplant, and saute until it begins to soften, about 4 minutes. 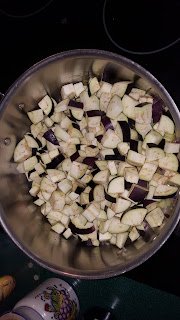 Add the tomato puree and vinegar, and bring to a boil.  Reduce the heat, add the raisins, capers and olives, and cook over low heat for 5 minutes, stirring frequently.
Add the parsley and basil, season with salt and pepper.  The caponata is actually better served the next day, after the flavors have gotten to know each other. 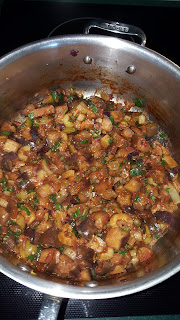 Wishing you a great weekend from San Diego, but dreaming of Italy.

Posted by diane phillips at 4:08 PM No comments:

Letter to Pete and the Laurel Diner 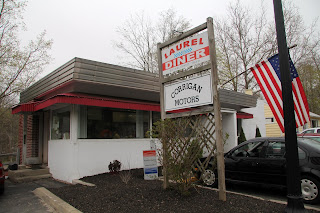 Dear Pete,
No one does breakfast the way you do.  I'd read about your diner on Road Food and when our daughter bought a house nearby, we had to come and try your breakfast.  We'd read about the lacy thin crispy hash browns, and the home made hash, but we had to see and taste for ourselves.  Unfortunately, we are now addicted: me to the Kiki and my hubby Dr. C. to the hash with two eggs over easy, our daughter to the Western omelette.  I haven't even tried anything else on the menu---why mess with perfection?
Let me start with the Kiki:  shatteringly crisp hash browns layered with crispy bacon(or sausage) perfectly cooked eggs, cheese, sour cream and scallions---when they ask if you want toast, it would only interfere with this tower of perfection.  I dream about this breakfast, and since we live in San Diego, we only come a few times a year, but when we do come to Connecticut it's full on breakfast time. 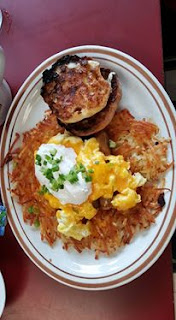 Dr. C. loves the hash, which is made in house, instead of coming out of a can.  When he orders it, he knows that Pete will cook it with a crispy crust (the way it should be) and then two perfectly cooked eggs adorn it.  Homefries are crispy, and well seasoned on the side.  Toast?  I don't think so! 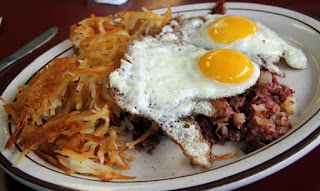 Our daughters' favorite is the Western omelette, with onions, peppers, and ham, griddled, then folded perfectly into eggs, with or without cheese, and turned to perfection onto the plate.   No one at Cordon Bleu ever did it that well, seriously. 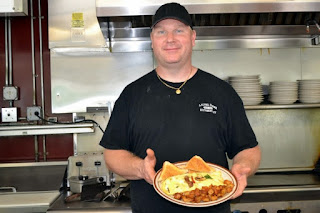 Thanks to Pete and his staff for making breakfast fun again.  The Laurel Diner has been in Southbury since 1949, we are probably your biggest fans.
Posted by diane phillips at 2:00 PM No comments: