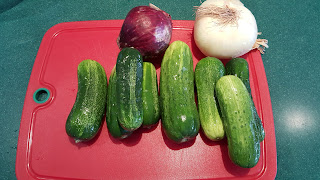 I love pickles!  I guess the first step is admitting it.  Unfortunately, store bought pickles can sometimes taste old, and not so great.  At this time of the year when pickling cucumbers are coming in to Farmers' Markets and to Specialty Produce here in San Diego, I get in a little over my head and buy them because there are so many ways to pickle a cucumber.  I'm not talking about canning jars, and buckets of boiling water to process them in, I'm talking about refrigerator pickles that can be eaten over a week, right out of the fridge.  Today when I was at Specialty Produce, I picked up some pickling cucumbers, and decided it was time to get some into the fridge for the fourth of July weekend. 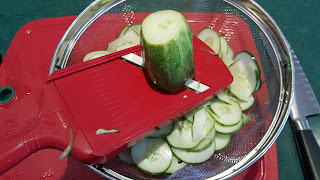 Scrub the outside of cucumbers with a vegetable brush, and then slice thinly. 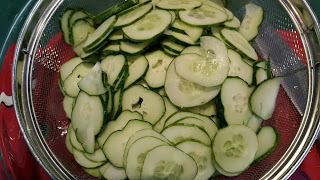 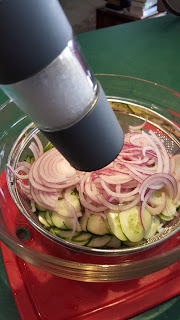 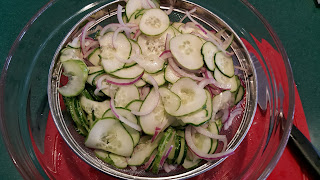 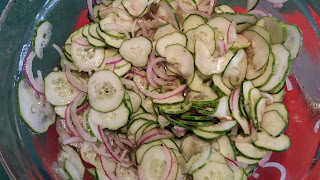 I didn't prepare a typical pickling brine for these.  I have a recipe I use to make pickled onions for burgers, and decided that I'd use that instead.  It's simple and makes these great for tossing into salads,  onto burgers, or your favorite sausages or hot dogs.

Wishing everyone a happy Fourth of July weekend! 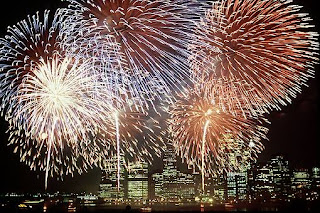 Posted by diane phillips at 4:59 PM